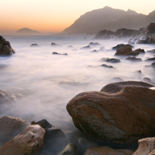 Achieving altered states of consciousness can be dated back thousands of years to early cultures where chanting and dancing were used as healing rituals. Healing through the hypnotic state can even be traced back as far as the Druids who referred to the altered state as “magic sleep”. However, it was not until the mid 19th Century that the current methods of capturing a patients’ total concentration through eye contact and verbal suggestion were established. Even then several schools of thought were developed and when Freud decided not to use hypnosis in his field of psychoanalysis it was many years before hypnosis as a tool for healing was again taken seriously. In 1955 the British Medical Association finally approved hypnosis as a valuable technique in the world of healing.

Hypnotherapy uses the power of the mind to help heal physical as well as emotional problems. It helps the patient discover the underlying emotional and psychological causes to their ailments. It differs from hypnosis in that there is more interaction between the patient and the therapist in hypnotherapy, allowing the patient to discover more about the emotional background to his or her current problems. Hypnosis is more suggestive than therapeutic.

There is no doubt that our minds and bodies work together, when one is under stress, the other suffers. We have all experienced it – blushing when embarrassed, going pale with shock, having sweaty palms when nervous. These are just small instances of the way in which our minds can affect our bodies. Medical literature is now full of studies confirming that many diseases are psycho-somatic (caused in the mind) or stress-related. Some doctors have estimated that as much as 75% of modern disorders are actually induced through stress. Fortunately, the power of the mind has also been shown to be a primary factor in healing many diseases, even cancer. It is therefore important in any physical or emotional health problem not to overlook hypnotherapy on the road back to health.

Research has proven that the body chemistry can change in trance states, for example a girl who was unable to hold her hand in icy water for more than 30 seconds in normal consciousness was able to do so for 30 minutes under hypnosis with no change in blood cortisol levels. In another experiment, a man was told that the pencil he was holding was burning his hand and, being in a trance state, he dropped it. Afterwards he recalled being aware that he was only holding a pencil but he definitely felt the heat!

The debate rages on as to why phenomena like these occur, with some experts saying that the trancelike state allows us to suspend normal logic and allow ourselves to accept illogical suggestion. However, it is still unknown whether the changes that are experienced under hypnosis are real or imagined.

A Hypnotherapist will attempt to find out as much about the client and their problem as possible during the first visit to try and establish the relevant psychological factors and the appropriate mode of treatment.

In hypnotherapy you will be relaxed in a comfortable chair or couch and by talking in a firm but monotonous voice, the therapist will put you into a hypnotic state – neither asleep nor awake. You will be asked to relax your body by breathing deeply and slowly. The therapist will then try to extract information from your subconscious mind in order to find the cause of your problem, possibly by taking you back to your childhood for your earliest memories. Suggestions may be made to your subconscious which will be related to your problem. At the end of the session you will be brought out of the hypnotic state feeling calm, relaxed and re-energised.

Hypnotherapists state that the subconscious will only accept commands that do not conflict with the natural instinct for self-preservation and will therefore not allow the patient to become an object of exploitation by an unprincipled therapist. However, due to the very intimate nature of hypnotherapy, it is extremely important to the success of the treatment that you carefully select the therapist in order to establish a trusting rapport, and to be absolutely certain that the hypnotherapist’s first priority is the patient’s welfare.

Difficulty in getting to sleep, interrupted sleep, or waking up too early.

What are Plantar Warts?

Plantar warts are tough growths that appear on the soles of the feet. Normal

What are Panic Attacks?

These are times of immense anxiety and/or stress, with or without triggers which

What is Irritable Bowel Syndrome (IBS)?

Irritable Bowel Syndrome is a very common condition that accounts

What is Urinary Incontinence?

Incontinence is an uncontrollable and involuntary loss of bladder control.